Twitter is launching a version of its site as a Tor onion service which will optimize the popular social media platform for the privacy-protecting and censorship-evading network, according to an announcement from Engineer Alec Muffet.

The announcement was described as “possibly the most important and long-awaited tweet that I’ve ever composed.”

Twitter’s onion service can be found at: https://twitter3e4tixl4xyajtrzo62zg5vztmjuricljdp2c5kshju4avyoid.onion while using Tor Browser or a similar tool. 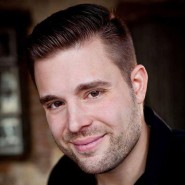